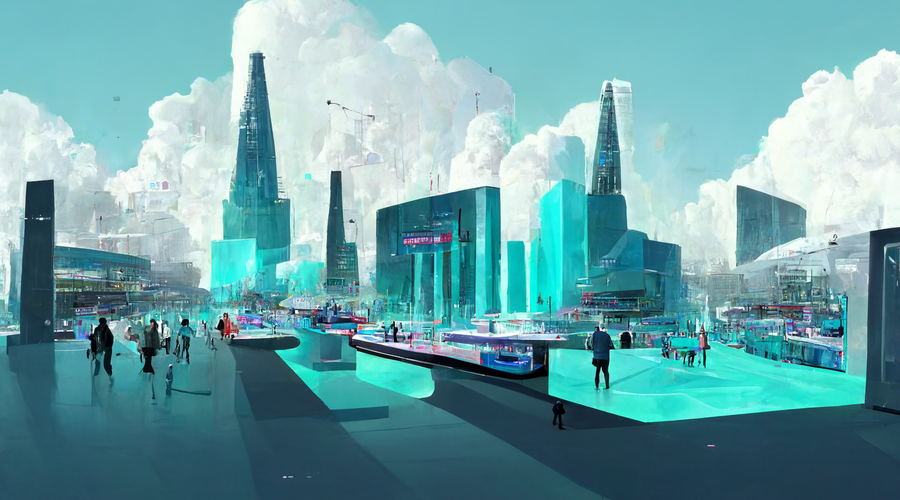 How Do We Qualify a Metaverse?

The current notion of ‘The Metaverse’ as an interoperable, fully customizable virtual world with millions of concurrent users and persistent avatars has not been achieved as of yet. Thus, many wonder if modern games like Fortnite and platforms like Decentraland can be considered a metaverse, or if they are simply virtual worlds.

Through our research, we’ve concluded that although The Metaverse is far from achieving fruition, there are a number of platforms and games that can be considered a metaverse. Many of these platforms and games offer completely customizable worlds and avatars, as well as virtual activities and hangouts with millions of concurrent players, and as such, the means of differentiation between a virtual world and a metaverse becomes ever more paramount. We will highlight a number of criteria, both necessary and optional, that must be considered when qualifying the potential metaversibilty of a modern platform or game.

One of the first criteria to determine if a platform is a virtual world or a metaverse is to establish whether the playstyle mechanic of the platform is that of an ‘open world’ or an ‘objective world.’

We denote ‘open world’ as a playstyle mechanic where the player is given the freedom to explore and discover the world around them without time constraints and forced objectives. As such, we denote ‘objective world’ as one where the player must accomplish a certain set of linearly structured tasks or objectives in order to progress through the game, otherwise resulting in the player death or a game over screen.

Games such as Fortnite and Call of Duty feature this ‘objective world’ mechanic where upon entering the game, players must kill or be killed in order to achieve a particular objective. Failure to comply will result in the player’s death, a game over screen, or a loss in that particular match of the game.

However, games such as Roblox and Second Life feature the ‘open world’ mechanic, where players have the freedom to roam around and explore the world with no particular objective in place. In these open world style games, players retain the freedom to choose whether to partake in activities or to simply lounge around with their friends in virtual spaces within the platform.

A metaverse must be ‘open world’, where players have the intrinsic ability to explore or hang out to their heart’s content without fear of getting killed or having to complete an objective.

Of course, games such as Roblox and Second Life are not blockchain based, and thus any purchase made in-game, whether for digital land, cosmetics, or accessories, have no value outside of the platform. However, this does not immediately discredit these platforms as a non-metaverse, as in its own separate case, a metaverse should not be a walled garden specifically intended for those with crypto wallets.

Customizable worlds and avatars are one of the key factors that determine if a platform is a metaverse or a virtual world. The ability to personalize and tailor one’s avatar and world to their ideal preference is a vital component to any metaverse, as contrarily, the inability to do so would negate any argument of The Metaverse as a compelling alternative to reality. A metaverse and The Metaverse must have the ability for the freedom of expression, as it is intended to be the intersection of the digital world and social connections, and the inability to customize one’s avatar and world to their liking would cause a uniformity in design uncharacteristic to the notion of the Metaverse.

Platforms such as Roblox and The Sandbox allow for complete customization of players’ avatars and worlds, with a myriad of clothing and accessories available to earn or purchase, as well as the ability to create and explore personalized worlds and spaces.

We all imagine The Metaverse as a sprawling virtual world permeated with society’s digital counterparts, all interacting and engaging with one another. As such, there is no metaverse or The Metaverse without massive multiplayer, and so the ability to support hundreds to millions of concurrent players becomes ever more prominent.

With Second Life’s largest user concurrency achievement of 39,819 users, Decentraland’s maximum concurrency size of 2,500 users with 18,000 daily active users, and Roblox’s all-time peak usage surpassing a staggering 5.7 million concurrent players, these platforms already feature the ability to host a tremendous number of users, and many individuals are already treating these platforms as a social networking, virtual alternative to the real world, indicative of The Metaverse as a whole.

The Metaverse is far from achieving its full potential and the features it touts, however the characteristics of The Metaverse are not absent in existing platforms and games, and many fulfill the necessary requirements that delineate a metaverse.

Open world mechanics, customizable worlds and avatars, and massive multiplayer are three of the basic requirements that qualify a platform or game as a metaverse.

The Metaverse is inevitable, but for now, we’ll have to make do with the metaverses we have available today.