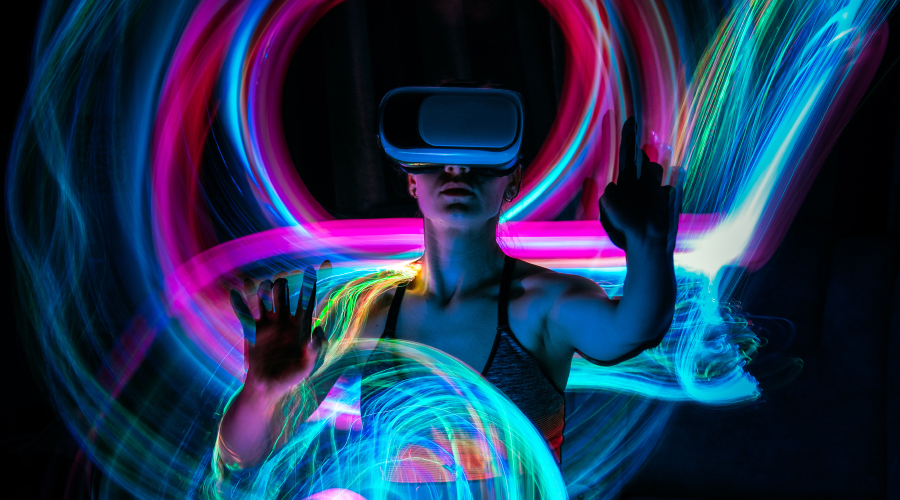 Is the Metaverse Inevitable?

With the rising popularity of the Metaverse and its applications, we are witnessing a generational shift in definitions of technology and human interaction.

With Facebook’s bold name change to Meta and declaration of intent to nurture and revolutionize the Metaverse, and with many other companies attempting to follow suit, the question becomes central: “Is the Metaverse inevitable?”

Technology is continuously evolving and improving, with every iteration better than the last, and the Metaverse will be no exception. However there are still a number of factors that must be considered in order for the Metaverse to truly become our universe.

One such factor that can hinder the growth of the Metaverse is the development process and requirements for Metaverse projects. According to the CEO of Unity, 59% of all AR/VR applications are developed in the Unity engine, and with Epic’s Unreal engine and Amazon’s Lumberyard engine following closely behind in popularity, many new developers and companies scrambling to enter the Metaverse may find themselves having to learn how to utilize one of the popular engines first. Additionally, for developers and companies wishing to create complete and immersive experiences in AR/VR, knowledge of Sound Design, UI/UX Design, and 3D Mathematics and Software Engineering are also necessary. For companies that otherwise have no dedicated technical team, having to learn both 3D engine software and AR/VR development, as well as the licensing fees when utilizing such engines, may be enough to discourage companies from truly entering the Metaverse. In order to combat this high barrier to entry for Metaverse development, low-code development platforms, open-source software, and open interoperability will continue to grow in importance. The Metaverse should not consist of exclusive experiences determined by those who have the resources to do so, but should remain open and free for any company or developer to contribute to and find success in.  We’ve addressed this open access point before, as one of the core requirements for any successful metaverse.

Development constraints aside, the largest hindrance to the growth of the Metaverse are hardware constraints and usability issues. Despite the notable improvements to the designs of modern Virtual Reality headsets, where Meta’s own Oculus Quest features a completely self-contained and wireless system, the hardware for Virtual Reality is still far from being optimized for general use.

This paves the way for the potential of Augmented Reality. Instead of creating a complete virtual environment, Augmented Reality utilizes the surroundings of the real world and provides an overlay of helpful or entertaining information for the user, allowing for a safer and less constrained experience.

AR applications do not require as much processing power compared to VR applications, and many AR applications are easily run and are readily available on modern smartphones, contributing to its massive rise in popularity amongst large and small companies alike. The huge success of mobile AR applications such as Pokemon Go and Snapchat filters are indicative of the vast potential of Augmented Reality.

Regardless, the current hardware for both Virtual and Augmented Reality is still far from optimal, as a substantial 65% of users surveyed by Perkins Coie in 2021 believe that User Experience for immersive technology as a whole will serve as a significant barrier for widespread adoption of immersive technology.

To pique the interest of the average consumer, both AR and VR devices must be as small and unobtrusive as possible, in the form of glasses, implanted chips, or contact lenses, while still maintaining the highest quality and capability.

When we all put on our first VR Headset, we were all amazed by the uniqueness and interactivity of Virtual Reality. However, once the novelty wore off and the heaviness of the headset kicked in and the lack of content became more apparent, many of us rarely picked up our headset again. According to Greenlight Ventures, only 28% of VR headset owners use their devices daily, vastly lower than the daily usage rate for other common electronic devices such as laptops or tablets. With the lack of content and practical applications, the Metaverse does not have the means to be a justifiable alternative or solution to already established methods.

In order for the Metaverse to be a true, compelling alternative to reality, the Metaverse must have both impressive graphics and practical functionality. Worldwide interest for the AR/VR game industry has steadily decreased, from 78% in 2016, to 59% in 2018, to 50% in 2019, indicating the current trend for more practical and “useful” applications.

Some of the industries that are disrupting the AR/VR game market are the healthcare and education industries. However, healthcare and education are industries characterized by professional and formal institutions that have otherwise stayed relatively stagnant in terms of digital innovation. The Metaverse must be superior to already established practices within these sectors, otherwise it will be difficult to justify integration and innovation within these well established industries.

One of the most important factors to be considered is graphics. As it stands, many Virtual Reality applications have an unfortunate reputation for looking cartoonish or unsophisticated, caused in part by hardware limitations and computing power of modern devices. It would be difficult to convince teachers to host classes in a metaverse that looks like a cartoon, or for doctors to virtually consult with patients using low-poly game avatars, especially with virtual platforms such as Zoom and Microsoft Teams being more readily available and easily accessible.

Practical Metaverse applications must have the best graphics possible, indistinguishable from reality, with every attention to detail. The Metaverse must be impressive, and must prove itself to be superior to reality, in order for any substantial change to happen.

To achieve the best graphics possible, Virtual Reality headsets must support high-resolution displays to achieve photorealistic quality, a high frame rate to prevent nausea and motion sickness, a substantial amount of polygons to create convincing objects, and fast pre-rendering for a smoother and flawless experience.

The Metaverse stands as a compelling addition to reality, featuring capabilities and functionalities that have the potential to revolutionize human society. It is simple to declare that the Metaverse is inevitable, and that we will soon have a complete, universal virtual world. However, the journey to achieve the Metaverse is not a simple one, and innovation and advancement is key to fully realizing the vast potential of the Metaverse.