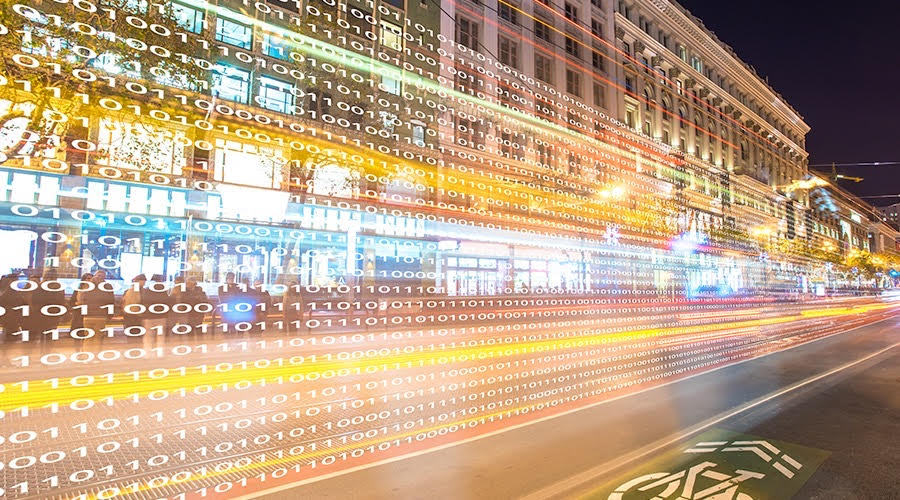 Smart cities are no longer a Metropolis fantasy, they are here and continuing to expand. Currently, the global market for smart cities is predicted to reach 2.5 trillion USD by 2026. Though there are many interpretations of what is considered a smart city, ultimately, the goal of smart cities is to improve residents’ quality of life and optimize city functions. This is achieved by using cutting edge technology and relevant data to make informed decisions. In order for the benefits of a smart city to actually kick-in, data needs to be collected first; this is where big data comes into play. With big data, city officials can track important trends (e.g. traffic reports, energy consumption, health issues, etc.) in order to make decisions about what technologies to use to solve specific problems faced by their residents and their city’s infrastructure.

Big data is most commonly and productively collected using technologies like IoT. For example, let’s say a department of city officials wants to decrease traffic jams in their city; they know that research shows that up to 74% of traffic jams are caused by drivers looking for parking spots in the city, so they consider collecting their own data. They decide to install IoT sensors across their city to collect data on how many cars, on average, circle around the city to find parking and at what times of day does this happen the most. After collecting this information, the department is able to make a decision about what technology should be installed to solve the traffic jam problem in their city. Thanks to IoT sensors, for example, big data can be collected, analyzed, and used to make informed changes very quickly. Smart cities work not only because of the benefits of digital transformation, but because city leaders are willing to look inward (i.e. by collecting data) to understand “why” and “what” needs to be transformed in the first place.

Why low code for smart cities?

When organizations, especially large and impactful ones like those in the public sector, want to digitally transform, they can run into roadblocks- like limited scalability. Low code platforms eliminate those roadblocks by allowing more people in an organization to work with the new technology’s software. With traditional coding platforms, only software developers, for example, have been able to change and add onto the software, creating much longer waiting periods for digital transformation to occur.

The benefits of low code platforms extend to smart city development because they can assist local governments in quickly iterating solutions they’ve deployed with new technologies. With low code, a parks and recreation department is able to efficiently modify software that a waste management department has deployed, for example. Low code also provides space for collaboration and sharing digital solutions, something that globally propels smart cities forward by learning from each other’s developments. With low code, cities are able to adopt smart city technologies fast and can make changes and improvements to their software, allowing for technological advancements to occur in real-time, on an as-needed basis.

One major catalyst for the recent surge in smart city developments was the COVID-19 pandemic. During this health crisis, city (and state and federal) governments were pretty much forced to update and innovate their outdated legacy technologies in order to support the public masses. 75% of state governments, specifically, began to deploy chatbots on their websites to provide helpful information to state residents. A US government agency also used low code during the peak of the pandemic to create an app that improved telehealth capabilities for its residents. Low-code platforms make these solutions a scalable reality. As a result of this global tragedy, people across the world are now more comfortable with, and are expecting, local governments to meet their mass digital needs.To learn more about how smart cities thrive technologically, let’s look at some examples of current developing smart cities.

Smart cities are relevant today because more than half of the world’s population lives in cities. By 2050, close to 70% of the population will live in cities. In order to successfully manage this significant increase in city living worldwide, it is necessary to integrate smart technologies into city infrastructure, planning, and policy-making. City leaders in the US are already aware of this need, with a predicted 41 trillion USD being invested by US cities into IoT smart city technologies in the next 20 years. Currently, there are already various major cities worldwide rolling out smart city technologies to benefit their residents’ quality of life and improve city planning, let’s look at them below.

There are many city-centered problems that can no longer be avoided, like CO2 emissions, traffic congestion, and safety and security, to name a few. As current smart cities continue to prove to be effective in solving these challenges, more cities will follow in their footsteps in the near future. There are even online resources that pool together case studies and innovative solutions to city-based problems for anyone, especially city officials and city planners, to access. Low code platforms are the only way to scale these smart technologies to keep up with cities’ digital demands. The future of smart cities relies on the use of low code for software implementation and development. Ultimately, for smart cities to truly thrive and completely become our new way of city living, buy-in and trust from city residents is non-negotiable. Various local officials have expressed that in order to gain trust from the general public, smart city leaders must be transparent along the way, and reassure residents that their privacy is fully protected.

Want to talk to a team of experts about how the development of smart cities can impact your organization? Need to learn more about why using low code is the best option for scalability? At Iterate.ai, we have a team of experts ready to support you and answer your questions about recent digital transformations. We also know that low code helps large organizations innovate faster. We have our own low code platform, Interplay, that rapidly develops software to be pushed into production environments as quickly as 3 weeks because we know that is what organizations need now more than ever. Please contact us here to learn more.