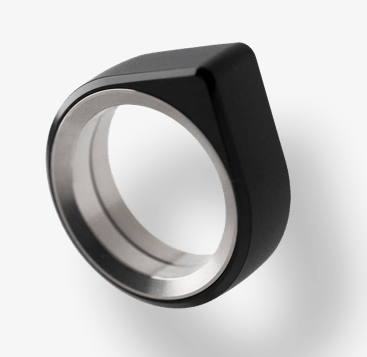 As Augmented Reality and Virtual Reality improve, the Internet of Things (IoT) continues its march into wearable devices. If/when the Metaverse ever gets here, it will come in via glasses and rings that have capabilities bridging the digital and physical worlds to bring more efficiency and enjoyment, as well as a higher understanding of our own bodies, to everyday life. Our Interplay platform stands ready to leverage this revolution in IoT wearable interfaces.

NOTE: This is part of our ongoing IoT series. See also our previous article: IoT for Beauty and IoT in the Home

Fitbits, Apple Watches, and other forms of wearable technology have been around for a while now. In 2020, Pew Research found that one in five Americans regularly used a smartwatch or fitness tracker. As time passes and technology improves, new versions of wearables will gain superior capabilities. It’s likely that the number of people using these products will continue to climb.

Though wearable technology such as Smart Glasses that give the user real-time information or bracelets that can predict if you’re getting sick may seem far off in the future, they’re actually not. Right now, wearable technologies like these are in the creation process. How? Sensors are simultaneously shrinking in size and gaining computing power, allowing designers to implement IoT in ways once thought impossible.

Though many IoT wearables are in the works, it’s still going to take a few years to perfectly implement these technologies. Right now, many of these technologies are dealing with challenges such as low brightness and short battery life. Companies are also working on improving user experience design as well as style.

There are a few different trends developing in the IoT as Wearables space. Here’s some examples of what’s out there now and what’s being worked developed:

Eyewear:
As we’ve written, the AR revolution is coming. A sleek pair of AR glasses with good styling and stereo hi-res displays will be the next ‘iPhone inflection point’.

Wristwear & Handwear:
Wristwear (watches) will soon be joined by rings, smart gloves, and performance wrist-straps to act as security keys (unlock your motorcycle with your gloves), remote controls, and sports improvement trackers.

These wearables have both input and output.  Devices take hand gestures, arm movements, or simple voice commands, and translate them into commands to be sent out to various Internet protocols.  Information coming back from the Internet can be given to the wearer via small screens (AR), or even more simply as haptic feedback (every time your watch or ring vibrates to tell you something).

Our middleware platform Interplay is ready for this revolution.  We have nodes ready to connect to a wide range of IoT networks:

Wearables will continue to multiply in complexity and convenience. At Iterate, we are building the toolsets and platforms to weld these wearables to work seamlessly with other IoT controllers, voice interfaces, and AI assistants.  To learn more, schedule a demo today.