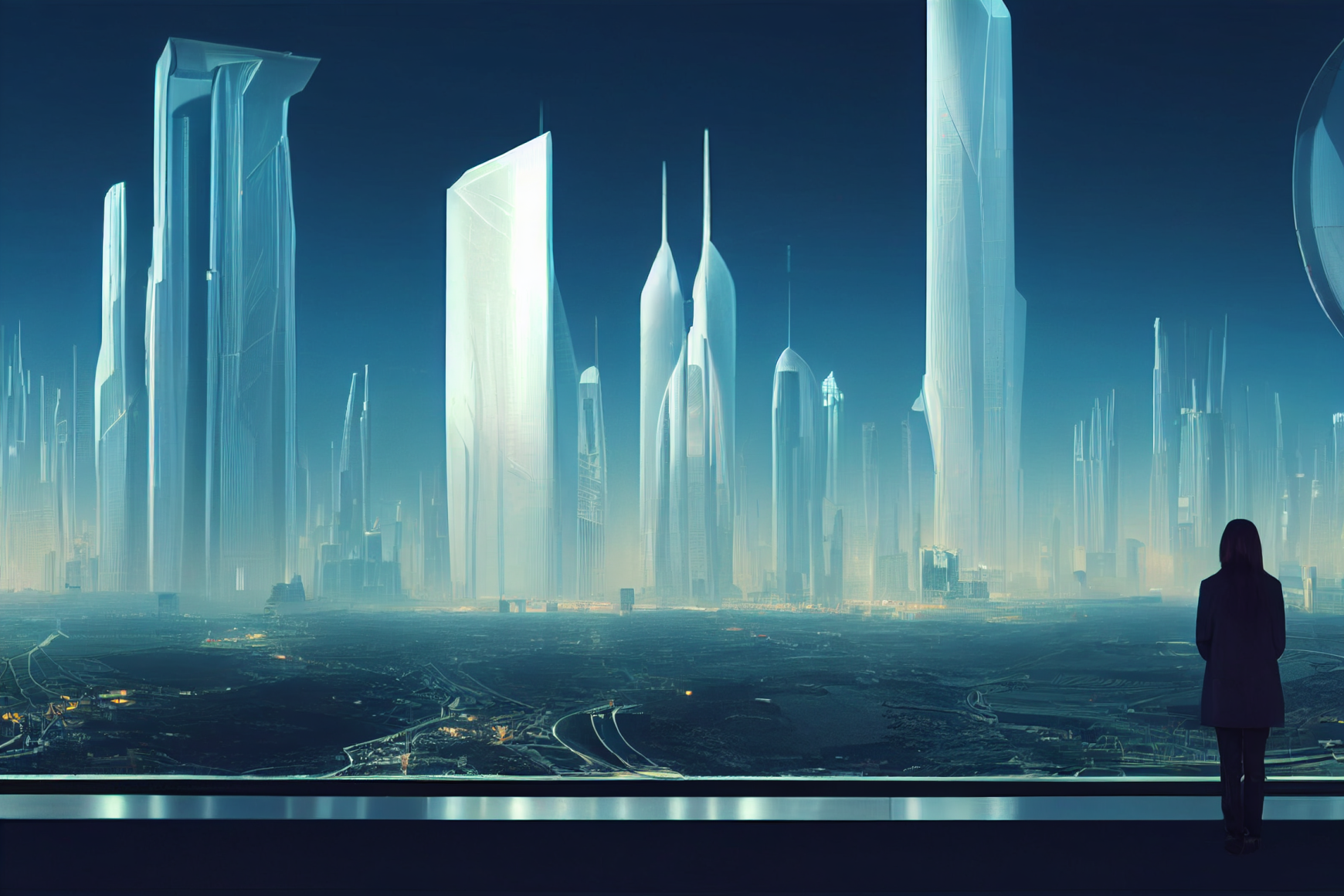 Autonomy in The Metaverse

With the emergence of AI text-to-image generators, such as Midjourney and Dall-E, providing a paradigm shift in the realm of art and graphic design, the implications of such technology retains a particular notability within that of gaming and The Metaverse. Although many companies and developers are attempting to ‘build’ The Metaverse, the inception of AI text-to-image generators produces a prominent declaration as to the eventuality of The Metaverse: The Metaverse will be built and maintained by its own users. Users would eventually be able to generate any virtual world they desire through a simple text prompt, and can customize and explore their world to their heart’s content.

Although this ability is far from fruition, The Metaverse as a world built and maintained by its own users and not by large corporations is a monumental shift to the overall notion of The Metaverse. Many current metaverses such as Fortnite and Roblox and eventually Halo Infinite already allow for player creative autonomy, attesting to this shift to user and AI generated worlds as a telling alternative to those created by large corporations.

With Epic Games release of their ‘Fortnite Creative Mode’ in 2018, a sandbox alternative to their immensely popular Fortnite Battle Royale, the current drive towards user created virtual worlds becomes ever more apparent. According to Epic Games CEO Tim Sweeney, half of Fortnite play time by all users is in content created by other users, with the other half being Epic Games created content. With a massive monthly player count of over 83 million players, the fact that half of all play time is within user created content further indicates the eventuality of The Metaverse as largely, a user created one.

Epic Games plans on releasing their Creative 2.0 later this year, an expanded version of their existing Creative Mode that allows for even greater control of user created worlds such as model creation, item spawns, and Fortnite’s very own AI scripting language Verse, providing players with complete creative autonomy over their island.

Perhaps one of the biggest names as a platform for creativity, Roblox features over 40 million user created worlds and games on the platform, driven by Roblox Studio, Roblox’s comprehensive world customizing program. Newly appointed head of Roblox Studio, Stefano Corazza, recently declared his intent to nurture the creative platform and to produce the tools necessary for developers to “build anything they dream up.”

Roblox Studio currently allows for the customization of gameplay objectives, 3D objects, and the ability to create custom scripts using a modified version of the scripting language Lua. With a wealth of documentation and community support, over 9.5 million Roblox users have created at least one map, indicating the current trend towards user created worlds.

As one of the most established franchises in the gaming industry, Halo is no stranger to the notion of user created worlds, with nearly all of its previous iterations featuring its Forge mode, a game mode allowing players to customize, save, and share maps to their heart’s content. Previous Forge mode iterations allowed for the alteration of player spawn points, gametype objectives, item spawns, and even scenery items such as buildings, crates, and sandbags. The game mode achieved immense popularity, with many of the Halo titles including maps specifically designed for Forge mode. The customized maps can be shared to the community and other players can join and explore the world.

The newest title in the franchise, Halo Infinite, is set to release its Forge Mode later this year. The newest rendition of Forge Mode features an extensive customization list, allowing players to create new maps with thousands of customizable objects, terrain pieces, and decorations, each with the ability to tweak their color, texture, and size. The new mode also allows for custom scripts and bots, as well as the ability to customize lighting and audio.

Whether procedurally generated by AI or hand crafted by its own population, The Metaverse has the potential to be a fully customizable world controlled and maintained by its users. The realization of this feat is far from fruition, but with many of the current metaverses leading the way, the inevitability of The Metaverse and its AI and user generated worlds becomes ever more feasible.