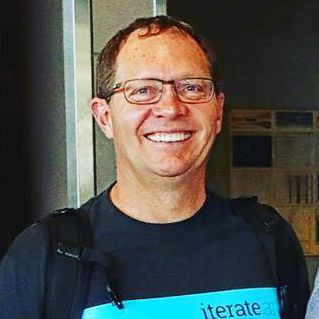 Prior to co-founding Iterate, Jon was the founder and 10-year CEO of eBags.com, which grew to more than $100 million in revenues, profitably, at a 34% CAGR between 2000 and 2008. eBags was known as an innovator in the retail and direct-to-consumer industries. Between 1999 and 2001, eBags became one of the first retailers to dropship from ~500 3rd party warehouses (1999), run on a negative cash conversion cycle, solicit product reviews from consumers (1999), and test site features using A/B split methods (2000). eBags did 1,000s of experiments as its team systematically created one of the Web's top converting sites between 2005 and 2008. In 2008 Nielson Reports listed eBags as a retailer with one of America's Top 10 Retail Conversion Rates. eBags also built 6pm.com and sold it to Zappos while running CaseLogic.com and TUMI.com in the US, UK, Germany, and Japan. Prior to being acquired by Samsonite, eBags served more than 40 million shoppers per year. It sold more than $1.65 billion worth of travel products. Between eBags and Iterate, Jon invested in and worked with startups.

Indexing Entities Based on Performance Metrics

Iterate spends a lot of time evaluating startups for partnership and M&A opportunities. WE look at everything from the KPIs each one delivers to their financial situations. As a result, many Iterators come to us after building strong histories working in and with startups.

Beyond current investments in startups like Yottaa and Platform9, and Iterate’s stakes in Bluecore and Attentive, Jon’s a small Limited Partner (LP) in LeadEdgeCapital.com which manages about $2 billion in assets and invests in growth-stage software, internet, and consumer pre-IPO businesses like Spotify, Toast, Algolia, Boxed, Bla Bla Car, Uber, and Alibaba. When at eBags, Jon diversified his personal finances by swapping eBags' stock for equity in startups like OpenTable, LifeLock, Digg, Solazyme, BitTorrent, Motricity, and Kosmix as part of a founders' stock exchange fund. As an angel, he’s invested in startups that exited a variety of ways ... including A/B testing optimizer Clearhead (acquired by Accenture, 2017), BazaarVoice (prior to its 2012 IPO), Swiftpage (prior to an Accel-KKR investment; acquired in 2018), RedTricycle (acquired 2020), and Verblio.com (exit 2014).

In addition to direct startup investments, since 2008 he has been an advisor to many startups. A few examples:

He joined TurnTo.com in 2010 when it was just a few people. It bootstrapped profitably to 80 employees. Pixlee eventually joined TurnTo and TurnTo’s founder became the CEO of the combined company.

Runa made Jon chairman of its advisory board. After developing personalization algorithms for real-time offers, delivery estimates, and free shipping offers for clients like eBay, Runa was acquired in 2013 and it became Staples' Silicon Valley-based Innovation Lab.

Between 2009 and 2013, Jon volunteered with and advised dozens of startups from TechStars (Boulder), Founder Institute (Palo Alto), and a top Eastern European Accelerator based in Kyiv, Ukraine where he was a Board Member in 2011, 2012, and 2013.

As explained by Brad Feld Jon helped Adeo Ressi start Colorado's Chapter of Founder Institute (FI) in 2010. As of 2020, FI operated in 225 cities and has a portfolio of 4,500+ startups.

A decade earlier, Jon started a series of day-long seminars called "Startup Basecamp" in Denver with Joyce Colson. The purpose was to help early-stage founders prevent hidden pitfalls. Friends like Steve Papa (founder of Endeca which Oracle bought for $1.1 billion) and Josh James (founder of Omniture which IPO'd before a $1.8 billion Oracle acquisition) spoke at these events ... as did evangelists and VCs including Guy Kawasaki and Brad Feld. All of them volunteered to help new founders navigate the startup world when it was opaque -- prior to the transparency provided by Linkedin where you can meet anyone.

For years, Jon sat on non-profit boards for the Deming Center of Entrepreneurship at CU Boulder and the Colorado Technology Association which recognized Jon with a Lifetime Achievement Award.

Exits for eBags.com (to Samsonite) and 6PM.com (to Zappos) have given Jon hands-on experience. With eBags.com, Jon was involved in multiple serious exit discussions with top-tier Internet acquirers. Its $105 million exit to Samsonite was both good and bad. The good: very few companies achieve a $100 million exit (about 50 per year, nationally), and eBags’ early investors achieved strong returns. The bad: eBags turned away from interesting opportunities early on. Lessons learned.

Jon’s also been involved in M&A activities as an advisor. While Iterate keeps a lot of this work private, Iterate has helped a number of Enterprises with startup evaluations, partnerships, and acquisitions. For instance, Iterate helped Ulta Beauty acquire GlamSt (AR startup from Uruguay) and QM Scientific (AI startup from Silicon Valley) in late 2018.

One aspect of M&A that fascinates Jon is the value an acquisition provides to an enterprise post-purchase. He’s seen complete disasters and big wins. Exposure to both ends of the spectrum has made him opinionated about ways an enterprise can formulate a winning M&A journey.

Iterate's been exciting -- 286% growth between 2017 and 2020. It’s achieved a revenue level that 0.06% of startups achieve in their first six years. While Iterate has raised some capital, the amount is relatively small and from angels. By the end of 2022, Iterate’s revenues should exceed the money raised by more than 5X. Iterate’s mostly bootstrapped (by doing consulting work) to 65 people (2021). No board seats are occupied by outsiders. This is similar to how BodyBuilding.com and Omniture got their starts and Jon’s view is that this construct has kept Iterate’s decision-making fast and flexible (entrepreneurial).

Over the years, Jon became work-friends with many founders before their companies employed a dozen people -- and in a few cases before the startups were named -- Endeca, Omniture, Shopify), Magento, Zulily (pre-name), Shoprunner, LiveClicker, Bluecore, AllPosters (when the founder still worked from his bedroom and drove a Gremlin), BodyBuilding.com, and BazaarVoice (pre-name), to name a few. All of those "boomed". One of Jon’s stories involves meeting Shopify’s founder, Tobi Lutke, before it had raised capital. At that time, in January 2009, it had fewer than 5,000 small customers (now it has 1.2 million), Tobi was trying to figure out how (and if) to raise money, and he was still emailing from his @jadedpixel email address.

eBags lived through booms and busts -- and it survived all the busts. It lived through the dot-bomb, the terrorist attacks (which crippled travel and luggage sales), and the 2008 recession.

On the downside, Jon has witnessed startup disasters. He’s been on the losing side of a $1 million theft which required Jon to testify in court and landed a "founder" in prison with a 10-year sentence. He's watched two founders have their businesses "foreclosed on" due to debt issues. He’s also been in a five-month boardroom tiff that he initiated -- costing about $365,000 for just his personal legal representation. So, he’s learned (the hard way) that entrepreneurship is the real deal -- it's not child's play. But, it's also the losses and mistakes that build character and wisdom.

Jon’s love of startups, leaders, creators, and entrepreneurs -- his love of the fluid creation process -- his love of making positive impacts on people and companies -- and his love of the neverending pursuit of progress -- are what gets Jon going every day. And, those who know him will tell you that he drinks too much coffee, and that keeps him going, too.

My most successful innovation work ...

Today, I'd say Iterate.ai. It's been a remarkable journey of invention with a remarkable team. Working with Brian Sathianation and John Selvadurai in the early days as they wrote the Interplay software platform from scratch – with no capital – has been thrilling. I pick this as my first successful work because we've lived profitably from day one and it has grown to more than $10 million in revenue, as an enterprise software startup, with no marketing or sales efforts.

Second would be eBags. eBags was a series of innovation projects linked together. It's the process of doing one experiment after another that was special -- the process of testing one concept after another -- 100s of them. When combined, all of them created a profitable $100 million dot-com that was able to navigate the dot-bomb and the terrorist attack on 9/11.

An a-ha moment that changed my way of innovating was ...

Not knowing what happened to company's ownership percentages (cap table changes) when a down-round occurs. Jon says, "Before eBags was profitalbe, we thought we'd have to raise a Series C financing. Learning about a down-round's devastating impact on employees and early-stakeholders made me do everything possible to not raise capital during a period of hardship. Thankfully, ingenious eBaggers experimented our way to profitablity as opposed to using a financing to plug the holes."

My most inspiring project at Iterate ...

Research that Iterate has been doing on Quantum Computing, Sensors, Digital Mes and 5G.

Qualities of an innovator

Why work with Iterate?

Because Iterate works on fun stuff every single day -- every day feels like a new day of learning in college. Continuous learning.

When in HS, Jon left home to play Junior A Hockey in the United States Hockey League. He says, "My teammates were phenomenal?" His team won the National Championship.

What school did NOT teach me ...

The importance of relationships and syncronicity.

Jon loves spending time with his two boys and wife when not working.

These brothers are great examples of best-in-class entrepreneurs and innovators. They had no formal education, no funding. Their competitors were backed financially, highly educated, and endorsed by organizations like the Smithsonian Institute. Yet, they persevered. Phenomenal story.

Diversity is a critical driver of innovation. I used to think in terms of diversity alone though -- sort of one dimensional. After reading Inclusify, I realized inclusify is the action word. Without inclusion, diversity's benefits don't come alive.

by The Everything Store

Jeff Bezos is one of today's most prolific entrepreneur and business person. This book gives insights into the way Bezos works and thinks. My favorite invention stories highlighted in this book are about Kindle and AWS. Amazon's openness to concepts and its willingness to try ideas is admirable and something that most companies should try to replicate.

Zero to One: Notes on Startups, or How to Build the Future

Elon Musk: Tesla, SpaceX, and the Quest for a Fantastic Future

Where Good Ideas Come From: The Natural History of Innovation

Range: Why Generalists Triumph in a Specialized World

“I believe you have to be willing to be misunderstood if you’re going to innovate.”

“If you double the number of experiments you do per year you're going to double your inventiveness.”