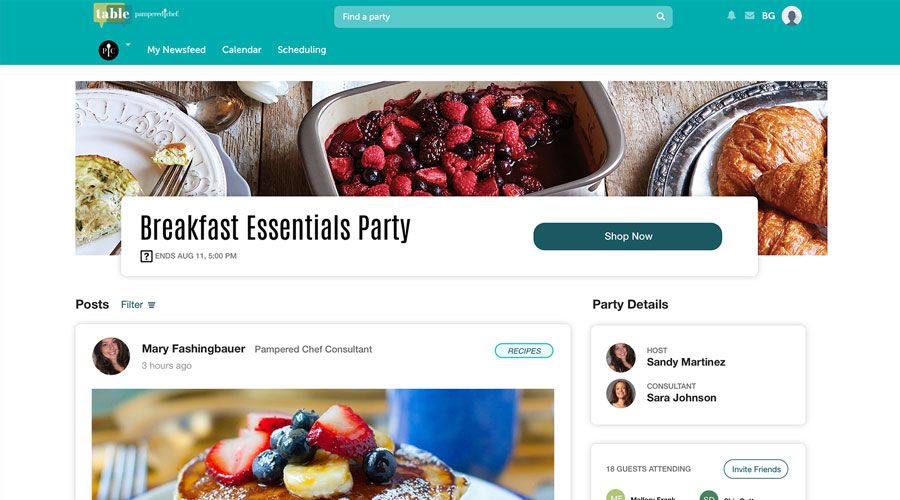 Build Out a Massive Party Commerce Infrastructure with Video

When the pandemic hit, house parties went to zero pretty quickly. At first, Pampered Chef tried to duplicate the party with Facebook groups and video, but that didn’t scale, the hosts had to jump through many hoops, or videos were canceled arbitrarily from being flagged as spam. On top of all that, Pampered had almost no visibility into the metrics around participation or audience reach, nor any smooth path from the video party to eCommerce sales.

The solution was to bring the entire video hosting and broadcast platform to the Pampered Chef website natively. On paper, this looked to be a huge undertaking.

Enter Interplay: with the ability to wrap connectors around exposed APIs from the video platform, in-house systems, and a scalable cloud-based data architecture, we were able to deploy an entire solution in a matter of weeks.

This solution involved the following;

Pampered Chef significantly increased consultant and guest engagement with its own branded platform. The easy access of assets for consultants to prepare parties gives more control to key stakeholders in Pampered Chef’s business.

Pampered Chef's Table platform was built in just 8 weeks using Iterate's low-code platform, Interplay.  Table was deployed to production in the 12th week after passing tests and gaining security approvals from Pampered Chef's IT team.  The entire Table app runs on Interplay in a run-time environment hosted in the cloud.