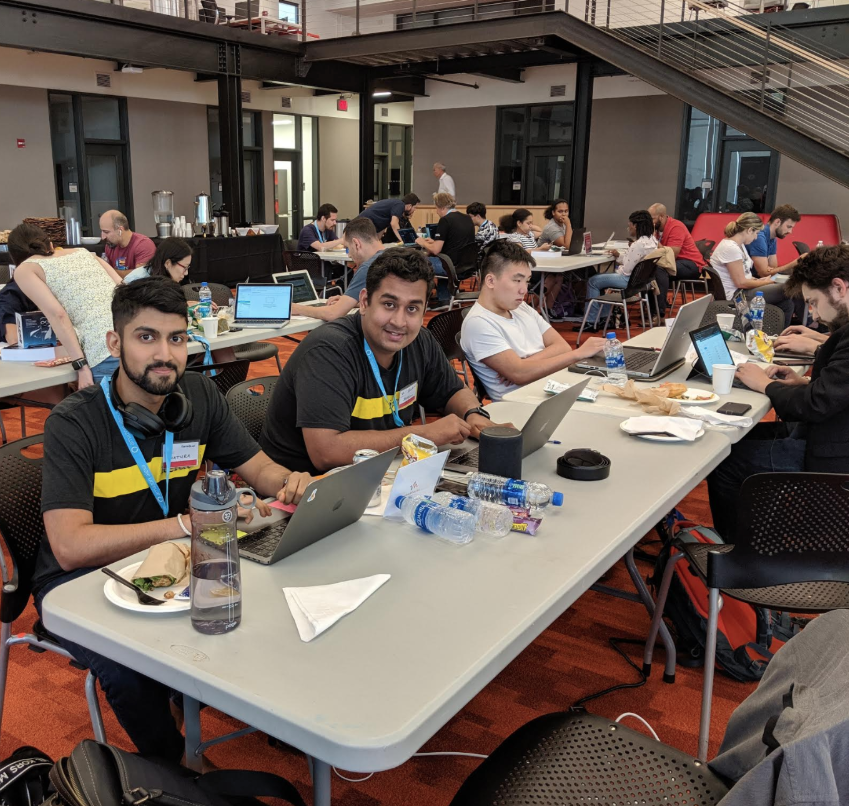 To help companies stay on top of the trend, Iterate’s team recently descended on annual Voice Summit in New Jersey this summer.

At least 5,000 people attended the event, sponsored by Amazon Alexa, and Iterate’s team presented on the Voice Stage and built an App in a hackathon.
The company is using its Interplay software tool to currently create three Voice apps for Enterprise Members, and Iterate’s AI team are handling each build.

Our PhD inventor John Selvadurai (who’s specialty is AI and IoT) took the stage at the summit to explain the power of a powerful microservices app that he and his team built a software platform called Interplay. He demonstrated how large enterprise companies are now building voice apps using Iterate and the drag-and-drop coding tools and pre-wrapped APIs. The tools let you build a new voice apps five to 15 times faster. Think: Scratch for enterprise companies.

Meanwhile, Iterate’s AI team competed in a Hackathon at the Voice Summit too, and they built a voice bot in just four hours using Interplay. When the team revealed the inner workings of their code, the Hackathon judges argued that it wasn’t “code.” That was the whole point: easy coding without any kind of code-building.

Iterate’s work at the Voice Summit caught the attention from industry experts, who were intrigued by the idea of an app for faster, cheaper, easier prototyping. In fact, Interplay lets us code five to 15 times after than traditional coding methods.

Find out more about Interplay here and how Iterate can drive new voice applications for your company.