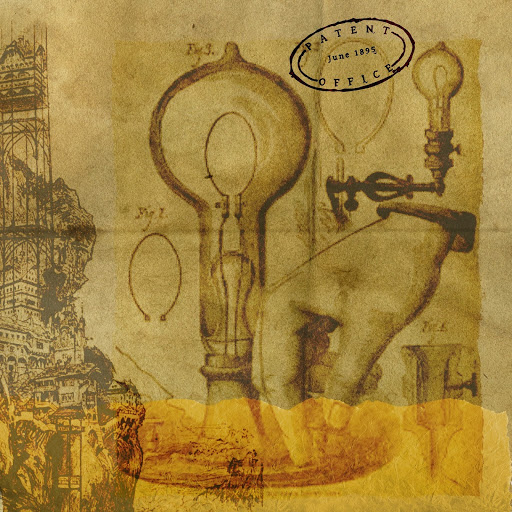 Innovation Race Heats Up: A Look at 7 Ambitious Patents

By Brian Sathianathan, cofounder of Iterate.ai

Patents are the biggest weapon in the innovation race. And as artificial intelligence, blockchain and robotics explode this year, we’ll see far more patents filed, as companies look to be first movers and win in the years to come.

Last year, 629,000 patents were filed in the United States, but only half of them are granted by the government. Many of them are bound to look like wacky or ambitious ideas, yet those are often the ones that will shape our future. No one had heard of the airplane, the light bulb or the telephone before they were presented in a patent to the government. And oftentimes, those patents became heated disputes: Just look what the telephone did to Alexander Graham Bell, who filed a patent the same day as Elisha Gray of Western Electric. Bell obviously won, leading to the Ma Bell monopoly.

At Iterate.ai, we track patents and trends using our Signals software and we analyze data points that point to trends and innovation. Here’s what we found:

Apparently building one of the successful cloud infrastructures isn’t enough. Now, Microsoft wants to design physical buildings that can grow autonomously. The software giant filed a 2017 patent for a “continuously growing physical structure” that could be used to expand data centers, warehouses, offices, or residential areas. In essence, these buildings would be made of mechanically movable layers, similar to manufactured modular buildings with walls in multiple layers. So as they grow, they expand like a flower, with new petals resting above another. Not only is this concept futuristic, the physical implementation of this is very tricky, and that makes this patent interesting. If this becomes physically possible, plenty will benefit— not just data centers but heavily populated cities, retail stores as well shopping malls.

Feeling a little peaked as you stroll the aisles of Walmart? Your shopping cart may know, thanks to a new kind of biometric handle, and it may subsequently offer a coupon for Tylenol or probiotic. That’s the hope, based on Walmart’s recent patent for the systems to build a biometric feedback handle.

If built, the cart could use sensors to passively detect a shopper’s heart rate, grip force, walking speed and palm temperature. It underscores plenty of traction we’re seeing in the new field of biometric tech, which could collect information from a shopper’s voice, eyes, posture and facial structures. Retailers increasingly aim to capture user actions from web-based clickstreams and in-store analytics system, and, now, companies will be analyzing shopper’s emotions as well, thanks to the rise of wearables, in-home devices, voice recognition and facial recognition tech.

In that same vein, Amazon filed for a patent for an Alexa feature that lets the personal assistant go beyond voice and look for other cues of your health and emotional state. Whether it’s detecting fatigue, frustration, stress, hunger or even a cough, Alexa would then deliver suggestions or relevant ads.

There’s plenty of talk about robots stealing your job. But if Walmart has its druthers, bots might be stealing the jobs done by millions of bees. Much has been written about the decline of the world’s bee population and the dire consequences if bees go extinct because so many of our crops require pollination to reproduce. Walmart has been problem-solving for that future. The retail giant filed a patent for tiny bee robots that can pollinate crops. The bots would even fly autonomously with sensors and cameras to help navigate to crops, pollinating as real bees do. The upside? No bee stings.

The idea isn’t necessarily new. Japanese researchers have tried this before, and Walmart still faces a big challenge: trying to produce a large number of bees in a cost-effective manner while managing their lifecycle. What do we do with broken bees? How do you collect and repair them? As of now, we may be in good shape. Some argue that the bee problem has faded in recent years as mysteriously as it began.

4. Videos made from text﻿

With this technology, we won’t need any directors or movie producers. We can go straight to rendering our videos after writing the content. Developed by the video production company Wibbitz, the technology in this patent would transform writing text into videos automatically.

Imagine dropping your phone, but before smashing onto the ground, a screen protector pops up to save the glass. Apple filed a patent for this very technology, which relies on the phone’s accelerometer and gyroscope to sense when the phone is falling and automatically secure the screen with broadening retractable tabs. At the point when the phone detects a drop, the tabs expand, shaping a “support zone” between the ground and the screen. Think of it like an airbag for your phone. It’s unlikely that the patent will make it to the market anytime soon, though.
6

Tomorrow’s robots may go well beyond vacuum cleaners and autonomous factory welders. Samsung filed a patent for a robot that would actually perform surgery. The concept of robot surgery has been around for some time, but efficient arm control has been challenging because mixing remote control and autonomous control in a robotic arm is very difficult.  Samsung’s medical equipment revenue is expected to rise to $10 billion by 2020.7. Human interaction with Drones

Amazon is at it again, inventing yet another fascinating technology.  The company filed for a patent for gesture control of drones to help guide parcels to exact locations. Using a propulsion device and a sensor, a person can throw their hands or nod their head to give directions to the drone.

Gesture control is hot today, as more devices are being built to respond to hand gestures, micro-facial expression, tone of your voice or, even your heart-rate via wearables, thermostats, smart cars and in-home devices like Alexa. Though it may look like a practical idea, there are a lot more hurdles to clear with the FAA for drone delivery.

As outlandish as they may seem at the time, patents offer a glimpse into the future and the kinds of innovations companies are targeting in the years to come. Those that stretch and think long-term, those that think differently and push the boundaries of what’s possible— they will be the ones that reap the rewards down the road. They may end up changing our world for the good. Or those seemingly zany ideas may become as everyday as turning on a lightbulb.